The Washington Legislature regularly changes DUI laws.  In fact, changes are made almost every year.  As a result, Geoff Burg and Jason Lantz, attorneys with the Law Offices of Geoffrey Burg, LLC, stay updated on the latest changes.  This is critically important because Mr. Burg and Mr. Lantz want to take advantage of changes that may help their client and to avoid changes that could hurt clients.  Unfortunately, most proposed DUI law changes in Olympia are intended to make life more difficult for those accused of DUI. 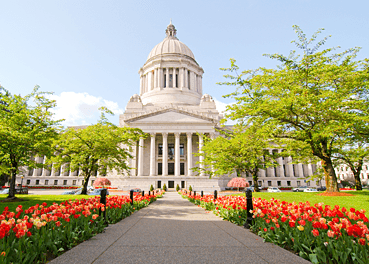 Jason Lantz is the current legislative liaison for the Washington Association of Criminal Defense Lawyers and the Washington Defender Association.  In this role, he is oftentimes one of the only voices for DUI defense attorneys, and their clients, in Olympia for DUI law changes.  Mr. Lantz is part of the Impaired Driving Legislative Work Group where most DUI bills originate.  Mr. Lantz tries to help legislators understand that people accused of DUI are presumed innocent and are good people who deserve a second chance.

Mr. Lantz testified against House Bill 2715 this session.  This bill would have made life much more difficult for many people of accused of DUI.  Fortunately, HB 2715 failed in the House of Representatives so these changes will not go into effect.  Mr. Lantz is ahead of the curve with DUI law changes because he is involved in the legislative process on behalf of those accused of DUI.